Morning dog walks are one of the best times to feel smug. Alone with my thoughts; dogs bounding happily ahead exuding pure doggy joy; bird drama unfolding around me; unseen snakes lurking; ever-brightening sun halo spreading over the mountains; sage-scented breeze, all reminding me of what a perfect life I’ve constructed. I think of the hectic yet tedious routines some people endure and wonder how did I get so lucky!

At the risk of sounding pompous, I’ll tell you how to achieve such smugness.  Don’t buy into the ideal of “success”. Don’t expect the mega-mansion and the leased SUV, new every three years. Ignore the lure of the newest iPhone and biggest flat screen TV. Instead, set your sights on a life where everything is designed to provide peace rather than things. Admittedly, I have far more things than I need and of course, I’d rather not give them up. But being contented with a modest home in a neighborhood of diversity, (yes that’s shorthand for mixed-racial), driving a ten-year old car, and shopping at the second hand store for clothes, has given me the freedom to take a job that I love, close to home, that doesn’t pay very much. It affords me the time to enjoy my garden, my mom, my dogs, and even my husband.

Speaking of bird drama: Along my walk there’s a tower that provides a safe nesting area for a pair of red-tailed hawks. This couple has been raising their broods here for several years, and at this time of the year at least one of them is usually visible guarding the hatchlings. When I didn’t see either of them, I began scanning the sky, expecting to see them circling on the wind currents, doing their grocery shopping within sight of the nest. I spotted what I figured must be them about a half mile away but they had company. A small murder of crows was harassing them and it was only moments later I saw them both making a bee line for the nest. The female landed just below the platform in the tower supports where she was safe from aerial attack. The male veered off, luring all but two of the crows back out into the airspace over the wash. A couple of the crows circled nearby for a few minutes but eventually moved on. I couldn’t see much of the aerobatics of the male but I surmised that he too managed to discourage the contingent of crows that had been heckling him. I don’t take sides in the affairs of birds but it’s hard not to sympathize with this plucky pair after observing them for so many years.

A short time later, I was startled to hear a pfft of wings as a Peregrine falcon shot past me in pursuit of a small song bird. I watched dispassionately as the predator chased his prey around me, until the little guy took refuge in a dense bush. The falcon landed on a nearby fence and I could see him peering into the bush, not quite ready to give up on his breakfast. 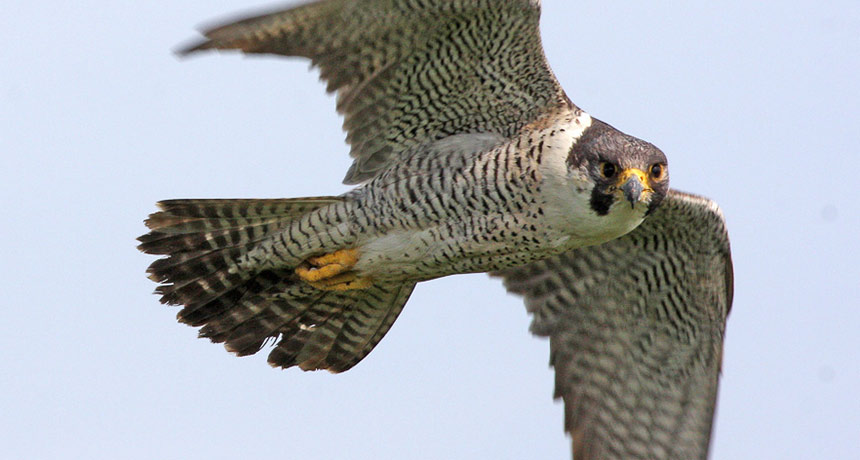 All that bird drama made me feel smug all over again, delighted with the way my morning was shaping up until I remembered that with no murders to report, my readership would probably decline.